On 17 June, a self-styled ‘mob’ of two-hundred people gathered around a large carpet on the ninth floor of the Manhattan department store, Macy’s. They stood there and listened intently to a carpet salesman. Then, after 10 minutes, they all dispersed.

The Mob Project was an invitation-only thing. A guy called Bill sent out email invitations, which in turn were forwarded on to others. This was no protest, no expression of social angst, not even an inaugural meeting of a carpet fetish society. Instead, these people were all happy just to be there. As one of them put it, ‘I always wanted to say “I’m a member of the mob” and now I can’ (1).

This kind of thing is being taken seriously. The technology commentator and social software advocate Joi Ito described the Mob Project as a ‘very cool social hack’, and bloggers throughout the blogosphere are making similar comments (2).

Perhaps these spontaneous gatherings are only a phase – and anyway, they don’t do anyone any harm. But the excitement that the Mob Project has provoked will hang around for a lot longer, and has more important implications. Talk of technology and the mob is a key thread in a growing discussion about the role IT can play in creating new forms of community (3).

In Smart Mobs: The Next Social Revolution, Howard Rheingold argues that technology can open up the democratic process to marginalised layers of society. If everyone has a mobile phone, an email account, or access to the internet, says Rheingold, then traditional, unrepresentative and tired forms of association can be bypassed – by localised, decentralised groups, with their own objectives and interests (4).

James Harkin, author of a new Demos report about mobile technology, points to the growing use of mobile phones by protesters as evidence of Rheingold’s smart mob theory. Noting that police officers recently confiscated mobiles from anti-war demonstrators, he argues that if the authorities recognise mobile technology’s potential, then ‘so should we’ (5).

”No Global is all nodes and no server’, says Bruce Sterling

But too much is being pinned on technology. In reality, allegiances are built not by emails or mobile phones, nor by coincidence and spontaneity, but by winning political arguments. The trouble with the anti-globalisation and anti-war movements is that they are bereft of common political goals – and this is not something that can be overcome with IT (6). In fact, it is these movements’ lack of political organisation that explains their reliance on emails and the internet to arrange a meeting.

At the 2002 European Social Forum in Florence, futurologist Bruce Sterling pointed out that new technology does not make a mob smart. Referring to the 20,000-strong protests organised by the ‘No Global Network’ in Naples in 2001, Sterling said that: ‘The ease of mobilising this swarm of people is at odds with their lack of common purpose…. Without a platform, No Global is all nodes and no server.’ (7)

Technological determinism used to be a cheap way to snipe at those who thought that producing enough code would solve all the world’s problems. Now the discussion around smart mobs and social software makes even more claims for technology. Here technology is no longer just a tool – it becomes the means and the end.

The excitement about smart mobs is less about what we can do with technology, than about what technology can do for us. This reinforces a sense of ourselves as socially isolated, unable to find anything in common with one another. A false hope that technology will bridge the gaps between us may well detract from real-world attempts to build new political associations.

IT solutions are likely to encapsulate pretty meagre political ideas. The ‘mob’ of today is celebrated precisely when it stands for nothing. The organiser of the Mob Project, sums it up neatly: ‘A mob for no reason. That’s it.’ (8)

(2) Flash mobs take Manhattan, Joi Ito. The weblogs that have commented on the Mob Project are listed on Blogdex.

(4) Smart Mobs: The Next Social Revolution – Transforming Cultures and Communities in the Age of Internet Access, Howard Rheingold, Persus, 2003. Buy this book from Amazon (UK) or Amazon (USA) 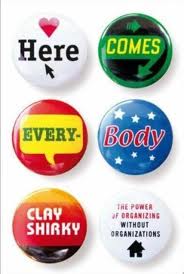