Big data is big news. Information about our every activity is routinely stored, shared and pored over by major companies and government agencies alike. Whether to predict our next purchase or our next illness, it seems the capture of our personal details on a massive scale is fast becoming something unremarkable. Indeed the perceived benefits of this process are often stressed – the vast quantities of data that can be harvested from medical records can, it is claimed, reveal much about the efficacy of treatments or even the pitfalls of certain lifestyle choices. Threats against our security, we are told, could be offset if police and security services had ready access to our mobile phone, credit card and travel data.

The technology involved is, of course, awe-inspiring. However these breathtaking developments raise a raft of questions that touch not only on how we are viewed, but also how we see ourselves as individuals and as a society. What, for example, happens to the notion of patient/physician confidentiality when our medical records can be mined for information in a manner we cannot control? Or do we take on trust that the collation of such data is ipso facto a good thing, an aid to improvements in medical science?

There are broader philosophical questions at stake too. If data can be used after the fact to establish links between, say, behavioural patterns and illness, it follows that it can be adduced to help authorities pre-empt or discourage certain behaviours as well. Does this constitute a threat to individual liberty? Is it possible that algorithms and statistics become substitutes for arguments that should be had out politically – as contestations of ideas rather than decisions made by unaccountable computer programs? Can a line be drawn over which data can be surrendered to authorities without concerns for privacy, and data which we should reasonably expect to withhold? Or is privacy itself simply an outmoded concept, a paranoid vestige of a time before these new technological capabilities came into being? As big data looks set to keep getting bigger, these are questions that demand inquiry. 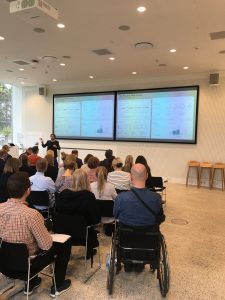 Making it in the 21st Century