A new report published by the Work Foundation, You Don’t Know Me But…: Social Capital and Social Software, argues that information technology can improve social cohesion.

The report’s author, William Davies, hopes that new, technology-based tools can assist in rebuilding people’s social relationships – with other individuals, with institutions and with governments. The argument seems to be that if we have little trust in one another, we should start trusting technology (1).

To coincide with the launch of the report, the Work Foundation hosted a debate in May 2003 called ‘The Strange Death of Virtual Community’, with speakers ranging from policymakers to representatives of commercial enterprises. There was unanimous concern about the decline in community networks and trust – and calls for society to find new points of commonality and interest. The speakers argued that software can provide people with access to knowledge and resources, and enable them to become more involved in society.

According to panellist David Halpern, adviser to Tony Blair’s Strategy Unit, levels of social trust have long been in decline. For Halpern, declining levels of trust affect our capacity to conduct normal relationships with each other, causing a decrease in our collective social capital (2).

But most of us still manage to work things out on our own terms. By reading this article, for example, you have assumed and trusted many things – the technology of your computer, the supply of electricity to it, the builders of your building, and so on.

Of course, social relationships suffer from the decline in trust. As Jennie Bristow puts it elsewhere on spiked, ‘trust relationships that would once have been taken for granted – between parents and teachers, patients and doctors, homeowners and neighbours, and so on – become warped by suspicion, and less able to function’ (3). Without a common purpose, and without a political elite that has a strong vision, society will tend to fragment and atomise.

But the real problem is less the diagnosis than the suggested treatment – which inevitably involves using technology to manage people’s social relationships for them. At the Work Foundation debate, Halpern argued that ‘good fences make good neighbours’ – meaning that introducing protection into social software can make people more friendly towards one another. And William Davies argued that social software could help by ‘creating new etiquette’ – developing codes of behaviour that allow people to be more civil (4).

‘Participation and access become valued for their own sake

But far from encouraging political debate and shaping our lives for the better, social software initiatives will actually do the opposite. Not to be trusted with talking among ourselves, we are told by social software evangelists that we need more rules, etiquette and regulation. As Davies says disapprovingly, ‘groups often display a self-destructive tendency towards introversion, privacy and closure, to the exclusion of outsiders and new information. Social software may be able to tackle this’.

Davies continues by arguing that the internet can foster social cohesion: ‘What it offers us is the opportunity to make social networks bigger and more explicit. A greater openness and integration is possible for organisations and communities, as internal and external communication, insiders and outsiders become merged. Ultimately this is the promise of trust without homogeneity, cosmopolitanism without social fragmentation.’ (5)

There seems to be a suggestion that the corrosion of social institutions can be countered by lowering the demands of membership. Participation and access become key objectives in themselves, and anything that might exclude people is frowned upon. This leads to a preoccupation with the lowest common denominator. Davies says that we need to ‘focus on everyday people in their everyday social lives’, because ‘new types of software are being developed which are much more adept at helping groups of people organise themselves in their day-to-day lives’ (6).

This is a narrow view of how we should conduct ourselves in society, and what it is possible for us to achieve. In their desperation to bring people together, social software evangelists suggest we reduce our worldview to the parochial. Far from increasing our potential to participate in politics and society, this can only serve to alienate and atomise us further.

One of the speakers at the event was James Cronin, a technology expert working for the BBC’s major social software initiative iCan, which launches in October 2003. The thinking behind the iCan initiative is that the BBC will readdress the public’s disaffection with politics, by enabling them to build and support political campaigns in their neighbourhood.

Cronin explained how the iCan team had identified widespread disaffection with the political process. No surprise here – the real surprise was Cronin’s argument that the BBC should forge new connections between people and the state, around mundane issues like consumer affairs.

Cronin argued that mainstream politics is unaccountable, but that people as consumers ‘expect to get things done’ – and suggested that ‘edemocracy’ provides a way forward. Edemocracy, said Cronin, allows people to organise around single-issue campaigns and boycotts run at a local level by concerned individuals, all with the help of internet-related technology (7).

Cronin’s fellow panellist Stefan Magdalinski, founder of UpMyStreet, agreed that people engage best at the local level because this is where issues matter most to them (8). Cronin and Magdalinski want an alternative to the current political process, which they view as unrepresentative of real-world needs. But the consumer-based, single-issue campaigns they offer as an alternative are generally short-lived, and often result in a narrow consensus among a vocal but unrepresentative minority.

The influential technology commentator and social software advocate Joichi Ito talks about encouraging the development of ‘a higher-level order, which in turn will enable a form of emergent democracy able to manage complex issues and support, change or replace our current representative democracy’.

But it is telling that Ito models human communities of interest upon communities of ants. Referencing author Steven Johnson’s entertainingly titled book Emergence: The Connected Lives of Ants, Brains, Cities and Software, Ito surmises that consensus can emerge through simple rules: ‘Johnson explains that there is no ant in charge. The ant’s solving of such problems is emergent behaviour that comes from following very simple rules and having several ways to interact with their immediate surrounding and neighbours.’ (9) Ito’s concept of emergent democracy suggests a dim view of politics, and its capacity to enact change through considered collective action. Here, rules are only concerned with encouraging participation, regardless of content.

The beef of the social software evangelists, perhaps, is democracy itself – because they refuse to trust individuals to make the right choices. All we are left with, then, is a belief in participation for its own sake, devoid of any content or realised goal. How could anyone hope such a model will change society for the better?

It is unfortunate that the more we grasp of the potential of technology to solve problems, the more technology geeks want to play social engineers.

(7) See Social software and social capital: designing a platform for civic participation for the BBC, James Cronin, BBCi, 29 May 2003 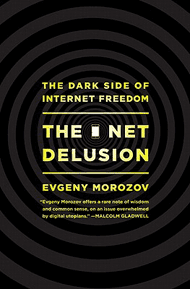 The revolution will not be tweeted 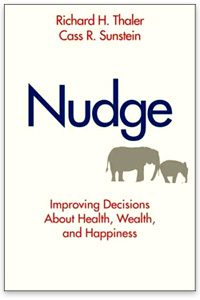 ‘Nudging’: the very antithesis of choice