Originally published on Battle of Ideas.

At a time of ever-increasing healthcare costs, waiting times and ever-increasing strains on GPs and A&E departments, there is increased urgency in trying to find new approaches to treatment. Against this backdrop of cost-driven strains in patient care, can engineering innovations save the day, perhaps giving patients more independence to accurately self-diagnose and more broadly revolutionise healthcare in the coming decades?

Increasingly, we look to engineering technology to help new approaches to health-care. The development of tele-health and smart phone apps seem set to transform the way illnesses like diabetes and heart disease are controlled and monitored. Smartphone health apps, smart watches and monitoring devices like Fitbit have the ability to track heart rate, activity and even sleep patterns. Patients can now monitor, diagnose and even treat medical conditions in the comfort of their own homes. VR technology is enabling the future of connected smart home health, bringing technology that was once restricted to hospitals into our homes to provide us with easy and reliable self-monitoring and rehabilitation systems.

For example, a sensor-based home sputum test for cystic fibrosis patients is able to spot the early signs of a lung infection up to 15 days before clinical symptoms become apparent. AI is also being designed to help with disease prevention and management. Combining data from hospital databases, electronic records, in-home monitors, fitness trackers and implanted devices could help health care providers predict which patients show high indicators for conditions such as congestive heart failure.

It is also argued that machine learning could be a game-changer in medicine because, unlike humans, computers don’t get tired and have an infinite capacity for learning and memorisation. AI is being designed to enhance diagnoses by providing doctors with data-driven insights derived from patients’ histories and conditions and enhance doctors’ clinical knowledge beyond their first-hand experience. In August 2016, an artificially intelligent supercomputer did in 10 minutes what would have taken human doctors weeks to achieve. Presented with the genetic data of a 60-year-old Japanese woman suffering from cancer, the system analysed thousands of gene mutations to determine that she had a rare type of leukaemia. Arinobu Tojo, a professor of molecular therapy, concluded: “It might be an exaggeration to say AI saved her life, but it surely gave us the data we needed in an extremely speedy fashion.”

Meanwhile, researchers at Imperial College London are testing machine-learning applications in treating traumatic brain injuries, feeding algorithm images of such injuries into a system that could identify brain lesions and learn to discern white and gray matter. Surgical robotic manipulators could allow surgeons to navigate deep inside the body, avoiding the risks and complications of traditional open surgery.

But is it all so simple? Are here any downsides to such technical fixes? Could we become over-dependent on machine learning in an era of cyber-attacks? Is there a temptation to trust algorithmic certainty at the expense of expert judgement? Are there ethical concerns about privacy when sharing data? Could the promotion of ever more personal tech encourage a greater obsession with self-monitoring and make worse the problem of the ‘worried well’? Perhaps most importantly in the context of the debate about the NHS, could more thorough-going, complex and controversial reform of services and funding be postponed if techno-fixes are seen to promise easy solutions? 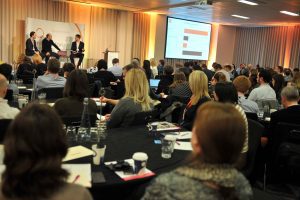 Relax or Rule: Is Governance Dead?

A Brave New World? Are the emerging economies the new technological innovators?