How should we – as architects, designers, planners, artists and creatives – respond to the possibility of a new relationship to Europe and to the world, after Brexit?

It is widely reported that some kind of Brexit deal will occur even though the Creative Industries Federation suggest that 96% of creatives favoured remaining in the EU. It is true that Ken Loach called the referendum a “dangerous moment”, the National Campaign for the Arts says Brexit holds “dangers for the arts and audiences in the UK”; and the online magazine Dezeen regularly tags content ‘Brexit Crisis’, but we should be wary of undermining the democratic mandate. This was the biggest turnout in British history, and Brexit won. Maybe we should be asking why those who presume to lead the creatives’ debate – who regularly speak about public engagement – are clearly as out of touch with the popular will as the politicians?

What if Brexit is understood not as a catastrophe but as a once in a lifetime opportunity to rethink every aspect of what we do; as a springboard to action and even transformation of the creative and cultural sectors? Perhaps we could learn from ex-Remainer, Rohan Silva who told Dezeen that the referendum result could prove to be a boost to the creative industries if they ‘roll with the punches and make the best of it’. After all, in recent decades many have bemoaned the poverty of architecture and its tick-box approach to design quality; planners are often stymied rather encouraged to satisfy housing demand; the arts are largely buried beneath bureaucratic agendas; academics are in a competitive rather than collegial grant-seeking spiral; and despite all the claims of buoyancy, the creative sector has seen an historic slowdown in experimentation and innovation.

While some have argued for an “intensely practical” response to Brexit, the starting point for this session is that we must initiate a wider debate about how Brexit can be used to advantage. It is a meeting about creating a new critical climate of opinion:

• While some worry about effects of Brexit on staffing, could leaving the EU offer the chance to evolve a more open, immigration-friendly society and economy? If that’s what we want, how do we do it?
• Can shaking off EU regulations create a spur to more liberal thinking? If so, what should be our ambitions in reshaping the discourse?
• If we seek greater freedom in our practice to create new options for collaboration, how can this provide a means to grow and develop an open relationship with the economies and people of European countries… and the rest of the world?
• Should we be shaking off the leadership of those who got it so wrong and creating something new instead?

Whether you voted leave or remain, come along and kickstart a conversation about what we do next. 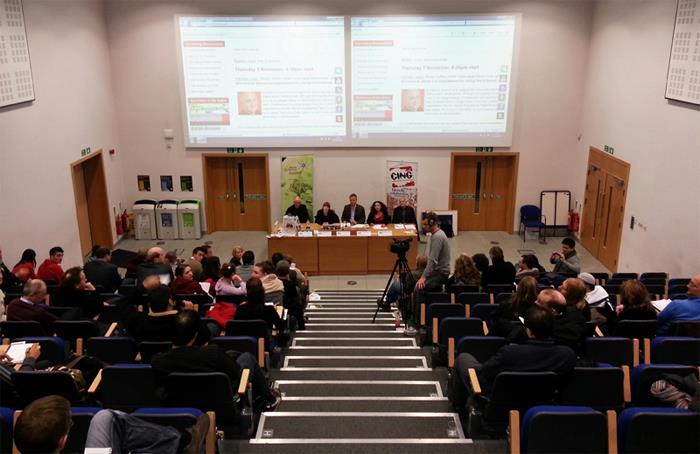 Battle over the Internet