Originally published in The Big Issue.

The rise of ‘virtual communities’ has changed the face of politics. But are MPs genuine about online engagement – or is it just more spin?

The Times restaurant critic Giles Coren recently experimented with Twitter, the phenomenally successful online social networking tool. He used it to review London’s Criterion restaurant using his mobile phone. With Twitter, you can send individual messages or ‘tweets’ up to a maximum of 140 characters each. Starter, main course and dessert all followed. By the end of the meal Coren had sent 19 separate tweets.

The issue, however, wasn’t the quality of the meal. Instead, as he ate, Coren became hooked on the thrill of engaging with other twitterers who were following his every tweet. The “live online reader response” he said, provided him with real-time feedback with “… my pomposities occasionally pricked, my misconceptions corrected, my general presence appreciated.” Afterwards, in more sombre mood, writing in The Times, he proclaimed that Twitter “… is the future, I’m afraid”.

Coren is not alone in his awakening. In a few weeks Coren amassed over 4,400 followers, but that’s nothing compared to Twitter stalwarts such as actor Stephen Fry with 800,000 followers, or singer Lily Allen with 1.6 million. Even 10 Downing Street has over 1.4 million followers.

But Twitter’s meteoric rise is also symbolic. It’s no surprise that celebrities adore it. But others, including politicians, are keen advocates, too, charmed by having ‘followers’ reading whatever they dare say in real-time. As Coren revealed, for the first time there actually is an audience!

Twitter, like so many other forms of online social networking including Facebook, YouTube and MySpace, provides a new kind of engagement. With communication and feedback happening in realtime, everything else seem boring. For politicians like Gordon Brown, who know our interest is waning, the rise of social networking is an experiment that they cannot afford to ignore. But will the proliferation of tools like Twitter rejuvenate our enthusiasm for politics or accentuate our disinterest?

The ubiquity of communications technology means that engaging with other people has never been easier. But while these networking opportunities are wonderful, they are a poor substitute for the kind of relationships people had in the past, whether it was through a local club, union, political party or church.

As far as politics goes, the accountability of political leaders to the grassroots was much stronger in the past. But for an increasingly isolated political establishment who appear to be in a perpetual state of crisis, the internet seems to provide them with a unique opportunity to resurrect interest.

Hence, Gordon Brown said that, “[We] must take advantage of new technology to make sure we open up every route to participation − not as a substitute for debate, but to deepen and widen it.”

But with the MP expenses debacle, our disenchantment with politics runs deep. Election after election has shown that voter turnout is in sharp decline. And while mainstream parties appear more marginalised than ever, newer kinds of political engagement are also emerging – especially online − that are also putting pressure on mainstream politics.

So while New Labour, for example, has dabbled with the internet for some while, it is unclear whether they have actually learned anything new from it. Furthermore, as if adding to our mistrust of them, in many cases there is little to suggest that the political establishment are genuine in wanting to engage with us properly online.

When Brown decided to try and respond to the out-of-control expenses scandal by broadcasting an overly smiley, ‘chummy’ message on the online video-sharing website YouTube, it badly missed the mark. Only a paltry 4,000 viewers watched it − but it caused widespread derision in the media. Indeed, the mauling he received meant that the official Downing Street YouTube portal that hosted the video decided to turn off its comments feature − defeating the supposed point of the whole exercise.

But was Brown really trying to engage with a new audience? It is clear that the drive for social engagement and participation via internet technologies is driven by a political agenda, but one that seeks merely to secure participation in a technical sense, rather than in a more genuine sense of actively shaping the political future. This can backfire rather embarrassingly.

In 2006, Brown launched the E-Petitions website for anyone wanting to win support for any kind of appeal to government. The idea seemed like a good one at first. But soon afterwards, the main petition became a crusade against New Labour’s road pricing policy, attracting 1.8 million signatories. Today, the most popular petition on the Downing Street website is entitled ‘resign’, with over 70,000 signatories.

New Labour has now appointed a ‘Twitter Tsar’, MP Kerry McCarthy, to head up its media campaigns. But this is more about dealing with the government’s image crisis rather than wanting to engage in a political discussion with the public. McCarthy gave the game away when asked about her role. She said it was important that MPs began to build up their “online collateral” in the run up to the next election.

While it is plain to see that the political elite are not interested in engaging with us, others think that the internet could be useful. One prominent advocate, Tom Steinberg, the director of e-democracy project and charity, mySociety, and once a policy wonk inside Downing Street, thinks the internet’s role is to keep the government in check.

For example, Steinberg’s fixmystreet.com website enables anyone to report an issue to their local council. Issues might range from fixing broken lampposts to clearing up dog mess on the pavement. All well and good − but it’s hardly inspiring stuff. If this is what is meant by engagement and participation, then perhaps it is no wonder we are more interested in matters beyond politics.

Time and again, the changing face of the internet has wrongfooted the political establishment, only emphasising its disconnection from the rest of us and highlighting its own exhausted agenda. While we are certainly more than able to communicate with political leaders, we either choose to ignore them or do so on our terms − often deriding them. The harder they try to engage with us, the more they seem to lack integrity.

The internet is full of big ideas, but the biggest test of all is whether any of them can cross over into our everyday lives. Until then, the need for an intelligent public space will remain. Instead of fetishising every new social networking phenomenon in a half-hearted and cynical manner, politicians would do better to make a genuine effort to engage with us in the real world. 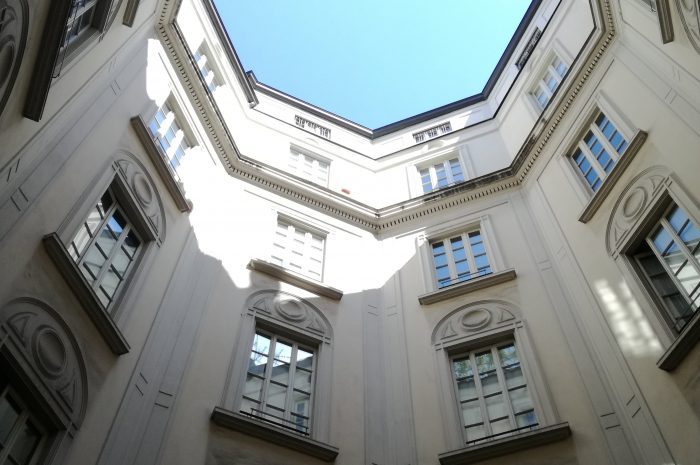 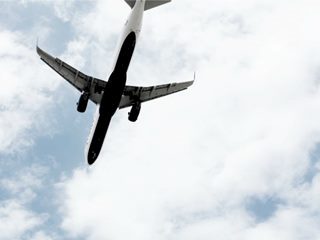