What do the brands MUJI, AGFA, SAAB, IBM, Oral B, BMW, Staples, Kawasaki and Panasonic have in common? Their logos are all designed in the Helvetica typeface, which is the subject of a new documentary that explores how typography and graphic design affect visual culture – and our lives. Chances are that you yourself will have used Helvetica to create a document, or that you have come across it when reading signs and billboards in cities around the world.

The Helvetica typeface is one of the most ubiquitous design classics of our time. And to celebrate its fiftieth anniversary this year, Gary Huswit has produced and directed a well-made film, with a sublime soundtrack, about its genesis. Full of examples of where, how and by whom Helvetica has been used, the film contains insightful interviews with many leading contemporary designers and typographers.

While Helvetica is variably at the top or at the bottom of designers’ favourite typeface lists, Huswit’s documentary shows that the history of Helvetica and the ways in which it has been embraced or rejected is bound up with more important things than the conflicting tastes of designers. The film couches this history in the bigger picture of the fate of the modernist project.

As with Helvetica, many people despise modernism, but are unable to find anything lasting to replace it with. Certainly within typography, nothing has matched the Helvetica project’s success and longevity. The development and exponential growth of Helvetica was very much a product of modernism. Developed by Max Miedinger with Eduard Hoffmann in 1957 for the Haas Type Foundry in Münchenstein, Switzerland, Helvetica had all the qualities necessary at the time to help rejuvenate attitudes to and uses of design. Though it was originally called Neue Hass Grotesk, in 1960 the font was renamed the more internationally-friendly, Helvetica – the Latin name for Switzerland.

Helvetica captured the modernist preference for using clarity and simplicity to suggest greater ideas. The fact that the typeface is clean-cut and simple means that it can be used as a neutral platform in a wide variety of settings – it is the particular context and content of the messages that convey their meaning.

The optimism with which Helvetica was created and taken up worldwide proved it had all the right qualities for rejuvenating attitudes to and uses of design. For example, advertising at the time suffered from a lack of clarity, with swirling and emotive typography making overwhelming claims for consumer products. Advertisers commonly used stereotypical ‘all-American’ family role models that felt out of touch and were unable to bring to life ideas that resonated with people’s lived experiences.

What was needed was something that could cut through all of the fake-ringing imagery, and deliver on its promise. The film Helvetica shows us how conformist attitudes in the 1950s were challenged by those who argued that designers needed to let the content speak for itself, rather than the message being driven by, and imposed through, the design.

Take for example the rebranding of one of the world’s best-known brands: Coca Cola. Its marketing success in the 1950s can be explained by how the company embraced the new, modernist approach to advertising. It conveyed a simple, but confident and resounding message: ‘Coke. It’s the real thing.’ The Helvetica typeface provided the vehicle for this simple message, leaving the content to do all the talking. This was a stark contrast to how other brands marketed themselves at the time.

As a design tool, Helvetica gave designers a much needed addition to their palette: neutrality. It took boldness to propose to a client that a logo should do more with less. But those who championed this idea had much success. In the 1980s, however, the interest in Helvetica began to wane. It was shunned especially by those who adopted a postmodern design aesthetic, which turned imagery and typography itself into the objects of desire.

Then the focus was on developing brands, but without having to dwell on what the product in question did or was useful for. For a brief moment, the designer became hero again, transforming mere things into fashionable and desirable brands by the sheer creativity of his or her style and aesthetic.

Many designers who found themselves at the centre of attention ended up losing the plot altogether. A famous example of this was when David Carson, a leading proponent of deconstructive typography, produced an infamous edition of his über trendy design magazine Raygun. When a commissioned piece on the musician Bryan Ferry came in, Carson thought it so dull that he set the copy in Dingbats – a typeface used to display shapes and symbols – thus making the article totally unreadable!

Eventually, when the public could no longer stomach the often illegible work of designers like Carson, clear typefaces like Helvetica, as the film tells us, once more found new followers. Yet those who turn towards designs like the Helvetica font today do so for very different reasons than did its proponents back in the 1960s.

Today, even though our access to technologies and high levels of design expertise are unprecedented, design is very differently appreciated, and arguably less able to impact on the world around us. With the notable exceptions of the Mini (and its subsequent resurrection), the Dyson hoover and the iPod, it is hard to think of many designer items that are instantly recognisable and ubiquitous.

Miedinger was a true pioneer of a new aesthetic, and there are few designers of such calibre around today. The endurance of Helvetica is understandable, but our newfound appreciation of such sleek, down-scaled design is, as the film Helvetica conveys, bound up with a sense of nostalgia, exposing a lack of refreshing creativity in the here and now. Miedinger’s project is inspiring because he broke the moulds of his time. So while we should admire Helvetica’s success, today’s designers, rather than merely recycling old designs, should take their cue from their predecessors who dared to re-invent their discipline rather than merely repeating what had come before. 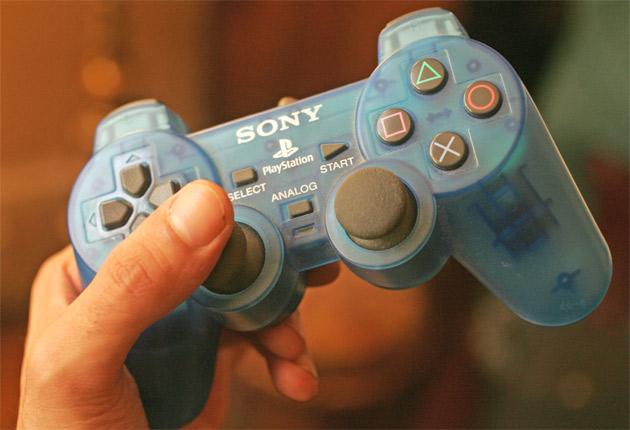 Gamification is taking over our lives, and it all came from video games

What iCan can’t do