Social media is less about searching for new ideas than it is about brand building and loyalty. But brands need more than loyalty to remain competitive, especially in a recession. The excitement in social media might turn out to be an unfortunate diversion away from the necessary task of having to invest in the long-term. If that turns out to be true, we may all become more disloyal because of it and decide to shop elsewhere.

Vodafone’s new marketing slogan sums up the moment: “Power to you”. In the face of stiff competition Chief Executive Vittorio Colao’s is moving the focus of Vodafone away from telling the ‘customer what to do’ to one where the customer ‘will decide’ Many other brands have taken similar steps, listening to what their customers want—especially online. Social networking websites like Twitter, Facebook, MySpace make it incredibly easy to tune into what customers are talking about. But is the growing interest in social media during the recession about brands wanting to create loyal customers rather than of thinking up new ideas?

Unsurprisingly, some of the heaviest advocates of social media are those brands fighting in tough markets. The Wall Street Journal for example has 38 separate Twitter news feeds with thousands of followers. The car manufacturer Toyota has thousands of dedicated fan pages on Facebook. Its Prius car has over 40,893 fans. Elsewhere Frank Eliason leads US cable provider Comcast customer support operation. On Twitter Comcast have nearly 30,000 followers who follow service updates as well as report their own issues.

The coffee-chain Starbucks like PC distributor Dell are among many businesses who have set up idea portals to connect with customers and suppliers. MyStarbucksIdea is used for product and service suggestions. Coffee drinkers can vote on the best ideas in the hope that Starbucks will implement them . Even the snack brand Pepperami are in on the act. They have ditched their traditional advertising agency and have instead chosen to work with a network of thousands of marketers in a ‘social think tank’.

At a time when traditional media including TV and radio are too expensive to advertise on, many marketers are moving online where the returns are better and more measurable. Many benefits that digital technology provides is a more reliable means to engage customers in a two-way conversation. But is the use of social media to build up loyalty, fans and resolve customer service problems a good enough solution when less attention is given to developing new ideas?

Some will argue that tools like Twitter demonstrate the value in low-cost research that provides ideas from listening to what customers are talking about. But it is debatable whether so many significant and groundbreaking ideas can happen so cheaply.

In reality many businesses are choosing not to invest their revenues back into research and development activity. So whilst the consultancy firm McKinsey points out in its report ‘Six ways to make Web2.0 work’ says that companies would do well to acknowledge how social media can improve internal collaboration and participation, in another survey of business leaders ‘The crisis—one year on: McKinsey Global Economic Conditions Survey results’ , many have stated their reluctance to invest in productive areas. These include developing new products and services.

In the report, a 45 percent majority of respondents said their top priority was in cutting operational costs. 30 percent responded by saying they are looking at developing new products and services ‘in response to changing consumption patterns’. Whilst that seems encouraging, it is likely to be about them slavishly following what their customers are currently interested in.

But long term sustainable profitability can never just be based on marketing existing products and services to existing audiences—that is a recipe for continued uncertainty. Instead businesses must develop through the often difficult process of finding new ways to innovate with a new set of ideas.

What the McKinsey report does do is highlight reluctance among business leaders to face up to that challenge. In the current cost-cutting climate the report say that less than half of the respondents expect their industry to become more innovative in the next five years. Depressingly there is little evidence to suggest that they see themselves as being part of that next period of growth. This reluctance was expressed well in a debate organised by spiked. The problem is not just that businesses don’t know how to innovate. The root of the problem is because of their unwillingness to take the necessary risks needed to invest in new ideas.

In a climate where businesses are not investing in their productive capacity, the rise of social media is more likely to be an expression of risk-aversion than one of a desire for innovation. But there is no reason why social networking technology shouldn’t help foster more ingenuity—for example by helping to organise and distribute knowledge internally. But even then, being a good listener about what the customer wants in order to keep them loyal is not always going to be enough to survive.

Many of the world’s most successful companies have at some point in their history taken a leap of faith in order to remain ahead of the competition. History demonstrates time and again that those companies who do invest in R&D will have a better chance of survival than those that don’t invest. It is no coincidence two of the world’s most famous brands reinvented themselves during recessions. Apple developed the iPod in the aftermath of the dot.com crash. Sony reinvented itself during Japan’s recession of the 1990s with the Playstation. Both transformed themselves and the marketplace around them.

What they prove is that while nurturing customer relationships remains an important business task, loyalty is transformed when a company emerges with something new. If its all about “you”, where will the surprises come from?

Success is more than counting clicks 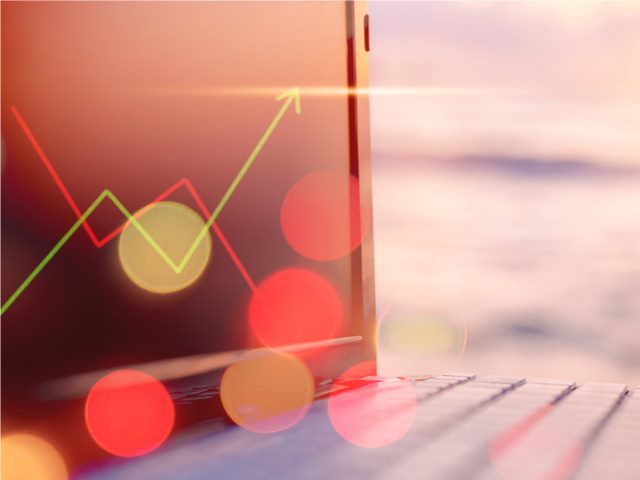