This is a widespread problem. Our faith is being tested when we are no longer in awe, inspired by or able to believe in anything remotely interesting put in front of us. And on the other side of the coin, those purportedly with ideas seem exhausted and vacant: they look towards their ‘users’ for inspiration.

As one pundit put it: brand marketing is no longer about ‘telling the brand’. What matters is ‘agreeing it’(1). That is, arrive at a consensus over what it means and represents. Significant when reputations are no longer won. Instead they are managed, continually negotiated and protected against the ravages of ‘user’ opinion.

Difficult times ahead then. Especially when polls this year confirmed what we have known all along. Our faith in traditional forms of media, marketing and advertising are at an all time low(2). At the same time research earlier in the year(3) suggested that we are beginning to reject what The Future Foundation calls ‘The Recommendation Generation’(4).

Maybe there is a light at the end of the tunnel after all (although many deny the existence of a light let alone a tunnel)?

Google have just announced a new project called Knol. Its title means ‘a unit of knowledge’. The core concept of Knol (5) is to construct an online encyclopaedia where subject experts will be commissioned to write about topics they are authorities on.

It’s too early to see if the cynics are right—if it’s solely a PR exercise to attack the dominance of Wikipedia, the user generated online encyclopaedia. Lets hope not. As an idea it could probably buck the trend where Wikipedia-style user-generated content rules. Only this time real experts will be running the show. How novel is that!

For companies who promote themselves online, there are interesting lessons to be learnt. Not least because Knol is one attempt to readdress the gaping void where ‘expertise’ (or what brands purportedly provide) was once in demand from the user (the public).

Its a welcome relief, when this year we have seen so much of the opposite. With the phenomenal growth of YouTube, Facebook and the rest, more and more websites have launched similar missions to bring users together to share their knowledge, of each other or of what interests them.

For brands this provides new opportunities to advertise to ‘communities’ reaching out where they have been shunned elsewhere in the harsh daylight of the real world.

But in reality much of this ‘user-lead’ content is and will remain novel. Take for example Forkd (6) —a newly launched website for foodies. It’s one of those ‘Web 2.0’ ideas where like-minded people share recipes with one another evoking a kind of kindred communitarian cookery spirit. All good fun for five minutes.

But then you invariably are forced to question why you would ever want to know what other likeminded people cook in their spare time when at home. It’s not very interesting, sometimes amateurish or plain inedible. Meanwhile demand for Gordon Ramsay remains high—even though his suggestions are beyond what’s normally required for tonight’s tea. But as for what’s-her-name-Sarah living nearby sharing your postcode, who likes cooking Italian: who cares!

Elsewhere Sugar magazine, for teenage girls, struggles to remain on top of its dwindling market share. Publishers Hachette Filipacchi UK announced the launch of SugarScape (7), an website aimed at enticing its existing readership to logon, bookmark and share with other souls what’s hot, cool, interesting.

Much like other online recommendation tools including Digg (8) or Del.icio.us (9), SugarScape hopes that by providing a ‘social space’, it can continue to engage with the magazines’ readership of teenage girls.

It will certainly be an opportunity for advertisers (are they the real reason for it?). But will it be another short-lived idea, especially for petulant, young, demanding girls who will be hard to stop clicking elsewhere? OK—teenage girls don’t want expertise per se, but they do want cool, new and exciting content.

The question is: where will they get it from?

Long ago Amazon led the way in demonstrating the power of reader opinion. More recently travel website TripAdvisor (10) have proven invaluable when you don’t want to suffer the horror of a building site opposite your well earned break. Even so, we will always continue to want something new, even though we value others’ recommendations. Relying on what people like you like is no guarantee of being different, or indeed being interesting. There is a limit before a shared idea becomes dull.

However the online newsletter Flavorpill (11) does a good job showing how to stem the tide. Each week it produces an innovative selection of cultural ‘happenings’ including music, theatre to comedy and dinning, with editions in London, New York and elsewhere. It commands a loyal readership.

Why? Listed at the bottom of each edition are the names of its editorial staff. They are the ones who hand pick what’s good to know about. They know their stuff and they get paid to do it.

The continued crisis of appealing to audiences will remain unless, as brands, more effort is made in countering all-consuming tide of all things user-generated. If brands continue to decline to ‘tell us’ what they are about, then they will continue to be at the mercy of an indifferent audience who are in a continual state of apathy (or indeed exhaustion from too much typing).

As Lord Reith once said when asked about the role of the broadcaster, he simply replied: ‘Don’t give them what they want. Give them something better!’

Everything you need to know but were afraid to ask: The Digital Workplace 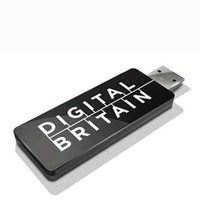